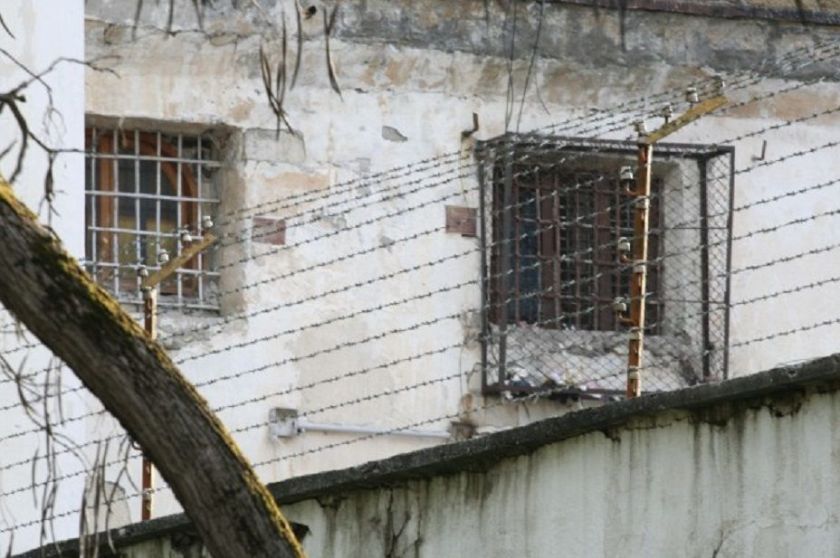 According to various sources, at least 47 people were killed, including two employees in the Khujand’s high-security prison (ITK-3 for «Islamic terrorists»). The rest are prisoners. Some sources report that the number of victims is much higher. The number of deaths may change, as reporters report that about 100 are wounded, some severely. This is the result of a nonprofessional and inhuman operation, which reportedly involved special forces “OMON” and «Alpha», who suppressed a riot that broke out in the prison.

It was reported that one of the prisoners disarmed the guard and shot two soldiers, including a Major, whose mockery of the prisoners provoked the incident. Violence was provoked by violence. According to the testimony, received from the prison’s personnel, the supervisors undressed a prisoner and forced him to stand naked under the rain. In prison slang, this kind of torture is called «slope». This method of humiliation and punishment is used by prison personnel towards those, who in their papers are classified as «inclined to escape».

The bodies of the dead are visible in the photo, distributed via social media. There are at least 16 bodies seen in the photo. It does not say that all of them were armed with at least 10 loaded guns.

What is it, unprofessionalism or intentional medieval crime? Is that valuing of the dignity and life of a citizen by the Tajik authorities?

It is well known to all sensible people how allegations of extremism and terrorism are being stamped in Tajikistan. This is a continuation of the Stalinist tradition of denunciations and the liquidation of any sign of movement of thought and discontent, repressions against those who makes anti-corruption statements, who makes critical comments and even for likes under such comments in social media, critical talks in private settings. Harsh punishment could be used over those who looked not kindly towards government officials, who spoke out for a change, who did not place his feet correctly while praying in the mosque. The most recent case is the case of the blogger Junaidullo Khudoerov, who was convicted to 5 years in prison on charges of extremism. The charges were based on the accusation that he did not place his feet correctly during prayer, but in fact, it was a set up for his anti-corruption investigations of activities of the head of the Rasht district of Kanato Loikozoda. This is a vivid example of who, how, and for what kind of activities people get the label of an «Islamic extremist» in Tajikistan, which is a Democratic state by its Constitution.

Only those who are provoked by an unbearable bootleg to despair are able to stand out empty handed against armed with machine guns tyrants and oppressors, against the police, the army, against the anti-human system of total oppression and repression, deprivation of human rights, against humiliation and abuse. The facts show that the riot was not planned by anyone in advance, that it was a stream of despair. This is not just an alarm call. This is a serious signal about the high level of violence and the degree of tension in the country, led by the current government. This is a warning that a cup of patience is almost full.

The fact that ISIS assumed responsibility for the riot is just ridiculous. In this case, one can say, that the murdered Major, the leadership of the prison, the head of the main administration of execution of criminal penalties of the Ministry of Justice Isatullo Sharipov and Emomali Rahmon himself, all who created unbearable conditions, provoked doomed riot, they are accomplices and members of the ISIS, acting on a plan and assignment of the ISIS.

It is reported that the bodies of some of the prisoners have already been delivered to their relatives without the right to inspect, to wash and making proper farewell. Further, they are to be buried without traditional ceremony (janoza). The authorities killed dozens of unarmed people and created at least 100 new fierce enemies. Is that not the incitement of hatred and the provocation of the radicalization of youth and the population, majority of which are Muslims? After this, the world is surprised how come that «prosperous democratic and legal» Tajikistan has become the leader in recruiting militants to the ISIS? And the Tajik authorities are more enthusiastically demand from the world: “You see who we are dealing with? Therefore, give us more money for the stability and strengthening of the repressive apparatus”. This is the main goal of numerous international voyages of Emomali Rahmon.

I am afraid that the current Tajik authorities are not capable of extracting a lesson from this tragedy. I am sure that national mourning will not be announced in Tajikistan. The show «Sing and dance on the bones» in the name of the impenetrable and already life-long guarantor of democracy and law will be continued.

In a country with a truly democratic and legal system, the chief of prison and special forces commanders would be arrested, laid off and put to trial. In a civilized country that has nothing to hide, the numerous demands of such international organizations, as OSCE, the International Red Cross and others, have been met long time ago. At least they would be allowed to meet with political prisoners sentenced for lifetime for dissent, if not allowed to inspect places of imprisonment.

But I would not be surprised, if after the massacre in the Khujand prison, the authorities will unleash a new wave of repressions, a new campaign to tighten things up. And they will try to squeeze out even bigger finances and other funds from international partners, proclaiming themselves as the vanguard of the struggle with the bug, which they have successfully created themselves in a prison bubble — the threat of Islamic terrorism in Tajikistan, turned into Zindanistan. (1)

And after this, the Tajik authorities still dare to accuse someone of undermining the regime and stability in the region? I am asking you, power-holders, today you are trading not the Islamic threat, but the future of Tajikistan, the future of your children and grandchildren.

My personal opinion is that financing and lending to this regime by civilized countries and their institutions means financial support and encouraging a killer and a rapist, it means stimulating and maintaining a dictatorship that grows dangerous seeds of radicalism by pouring blood on them. The people responsible for the Khujand massacre must be listed on the international sanctions lists, in particular the Magnitsky list. Subsequently, they must be submitted to the international court. Not only in this case. This tragedy is just one episode in a series of crimes against humanity.