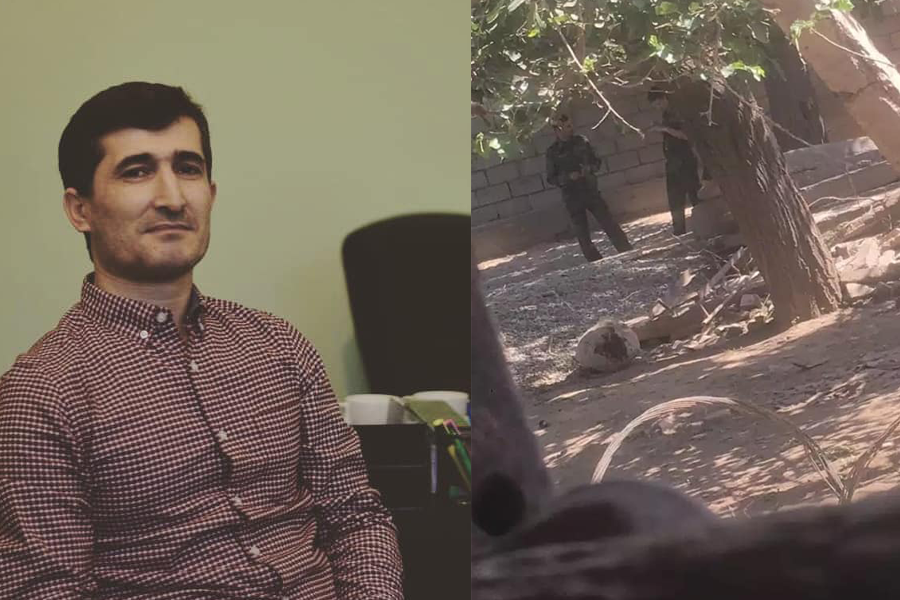 I, Jannatullohi Komil, a citizen of Republic of Tajikistan, appeal to the United Nations, the Organization for Security and Cooperation in Europe, the European Union, Amnesty International, Human Rights Watch, the Norwegian Helsinki Committee, Freedom House and other human rights organizations, journalists and civil society. I request you not to stand aside and take actions, as my family is subjected to torture, persecution, psychological and physical pressure.

Various law-enforcement agencies in Tajikistan, including officers of departments of the State Committee for National Security of Dangara district, Kulyab and Dushanbe, as well as officers of the Ministry of Internal Affairs detained my relatives during the week from June 02 to June 08:

They also detained several of my relatives, took them to departments of the above-mentioned agencies, put pressure on them, insulted and threatened them, and demanded them to bring their sons and hand them over to the authorities.

It has also been a week since the five children of my brothers and sisters were detained without charge. In accordance with the legislation of Tajikistan, the country’s authorities must disclose their guilt within 72 hours, if they have committed a crime. However, this week the authorities did not say anything about their guilt, and none of my relatives could meet with them. They were not even provided with lawyers. This entire means that they did not commit any crime, but they are used as hostages to put pressure on us. There are five of them in total:

They have nothing to do with politics and had a normal life. In addition, even if they committed some crime, only themselves must be held responsible for it. What is the fault of women and children of our family that every day from morning to evening they are subjected to psychological and physical pressure without any evidence? It came to the point that they were ready to commit such a terrible act as suicide.

At the same time, as I have already reported in several articles and appeals, the regime of Tajikistan has been subjecting members of my family to strong psychological and physical pressure since 1992. Thus, my father and two of my brothers, one of whom was only three years old, as well as several other relatives of mine, were brutally murdered in front of the eyes of other family members, including myself. In 2015, I was subjected to pressure from the Tajik authorities for my political activities and was forced to leave the country, and in order to secure my life, the life of my wife and children to ask for asylum in Germany.

However, the Tajik authorities did not stop pressure on my family, and my mother was under psychological pressure for many years because of my political activities, and as a result, she died in July 2017 due to the consequences of these pressures.

You can imagine the extent how one family can withstand so many physical and psychological pressures.

I appeal to you and request you, if there is still anything around the world called human rights and human freedoms, to respond to the calls and cries of our family. I hereby request you to put pressure on the authorities of Republic of Tajikistan to stop torturing and persecuting my oppressed family.

Citizen of Republic of Tajikistan,